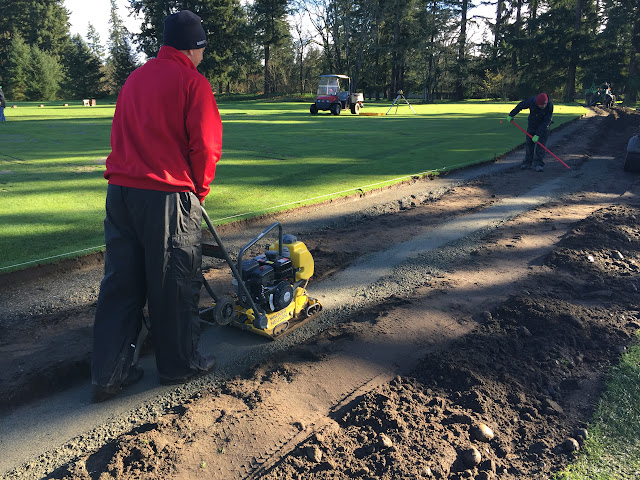 Monday was the only day this week that we didn't have freezing temperatures so we used that time to finish the prep on the turf strip foundation. 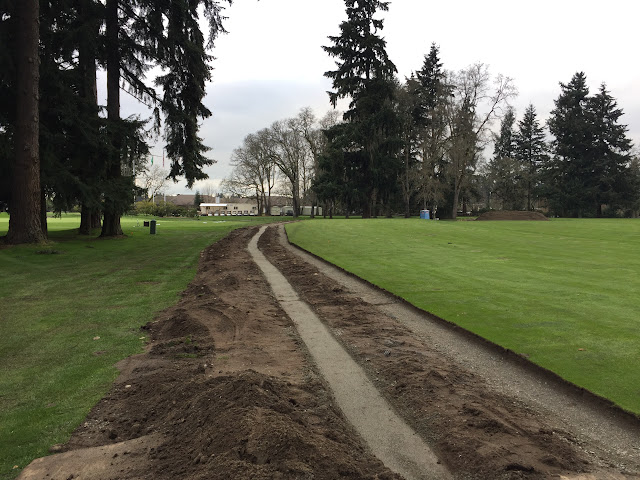 The subgrade is ready and next week we will install the timbers which form the pad that the turf strip will sit on. 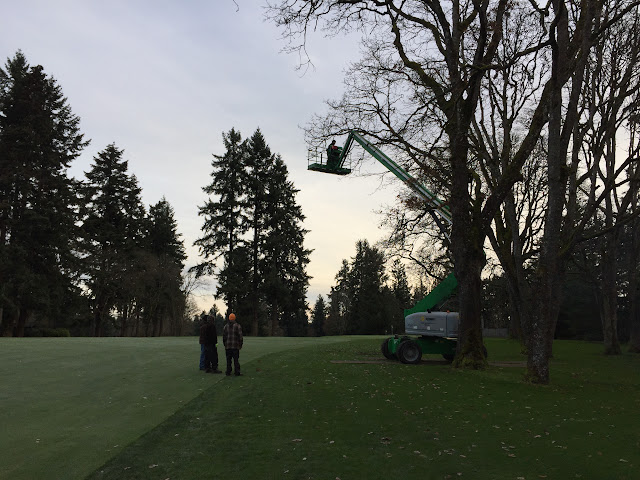 So the freezing temperatures returned on Tuesday.  Again we always have a plan for whatever Mother Nature dishes out so we got the man lift out on the course to take care of the pruning the Committee requested back during the October meeting.  Here we're working on pruning back some oaks on the corner of the 8th hole. 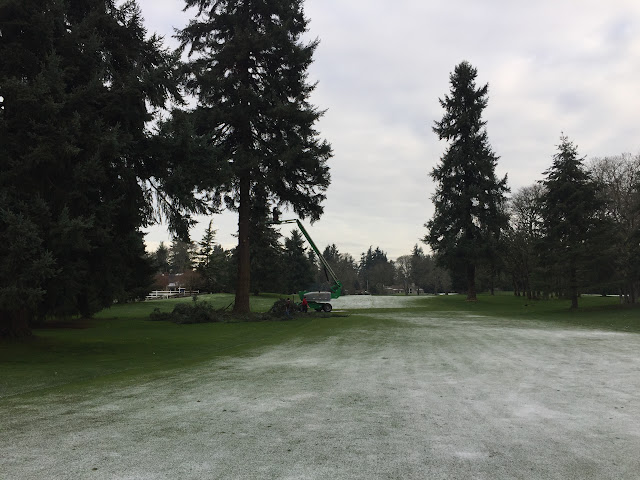 Here you can see we're working on the infamous tree on 14.  You may or may not remember all the talk about this tree this past summer but the Committee has been discussing removing it.  At this time the Committee has not decided to remove it but to instead aggressively prune the tree while discussions continue.  As you can see we did prune the tree pretty hard which we also did to several other fir trees on the 13th and 14th hole. 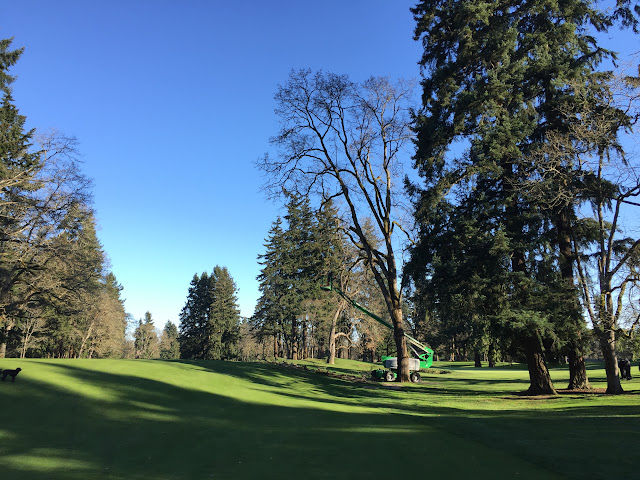 We then headed over to #11 where we addressed some overhanging oak limbs.  This is where it was really important to have the big 80 foot man lift.  These branches were really high and I have to hand it to Kevin on this one, he is one brave stud for getting up there and getting the job done.  In fact I have to give the whole crew some kudos for what they accomplished this week.  Moving the man lift around the course takes a lot of effort since it's done by moving plywood sheets from behind the lift to in front on the lift in a continuous sequence.  It takes a minimum of 5 staff to move the lift from one location to the next and some of these moves takes hours.  It's a lot of physical work in very cold working conditions. I've said it before and I'll say it again.........Tacoma's staff is simply the best on earth.  If you want to see all the trees we pruned this week, click here to see the project photo album. 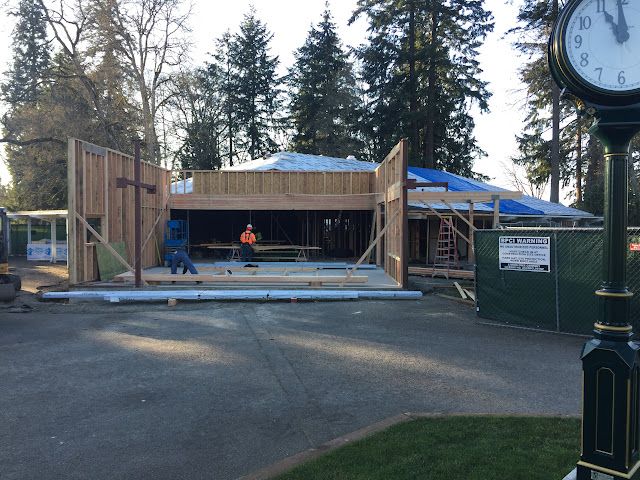 There is some very exciting stuff going on at the ProShop.  Some walls are up on the new area of expansion.  A lot of people think this area is two stories tall but really it's just one story with very high ceilings.

Pouring the concrete for the Performance center foundation was quite the project.

Concrete was pumped across #1 fairway.

It was impressive to see just how much effort it took to make this pour.

The finished slab is really a thing of beauty.  The Performance center is going to be the BOMB.