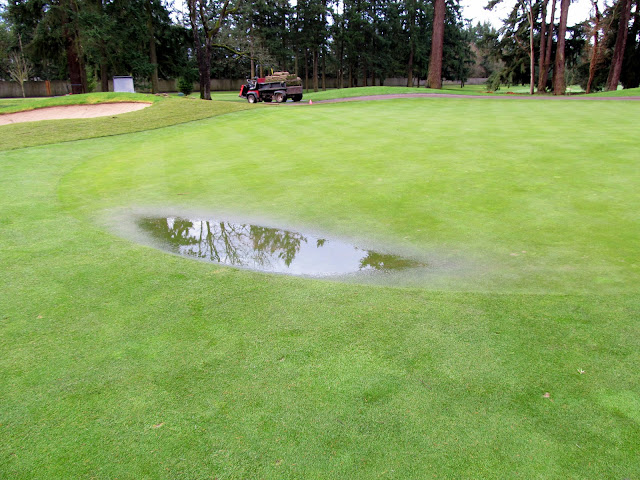 Here's a picture of the green on #3 after a good rain.  Notice there's a puddle on the front of the green.  This puddle is not there because there's a low spot on the putting surface.  This puddle is there because all the spots around it are higher.  Let me explain. We all know that in order to have good playing surfaces we must topdress the turf with sand.  The longer grass that surrounds the putting surface absorbs more sand than the closely mowed grass that's on the putting surface.  In addition we normally mow greens with baskets and therefore remove some sand each time we mow them.  So it happens gradually but over time the longer grass areas get built up with more sand than the short grass areas.  Eventually these raised areas can cause problems one of which is trapping water on the edge of a putting surface.  That's why this condition is called a sand dam, or since the area around the greens is sometimes called the collar, we sometimes call them collar dams. 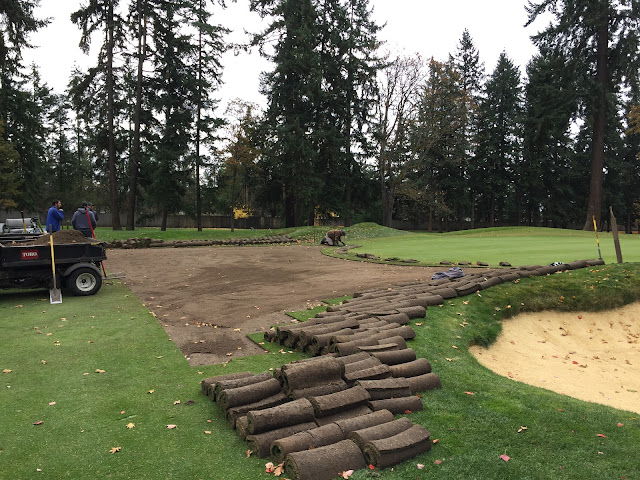 So there's a couple of ways of dealing with this problem but when it becomes severe like on #3, the sure fire way is to physically remove all the built up sand.  In order to do that the first step was to remove the sod. 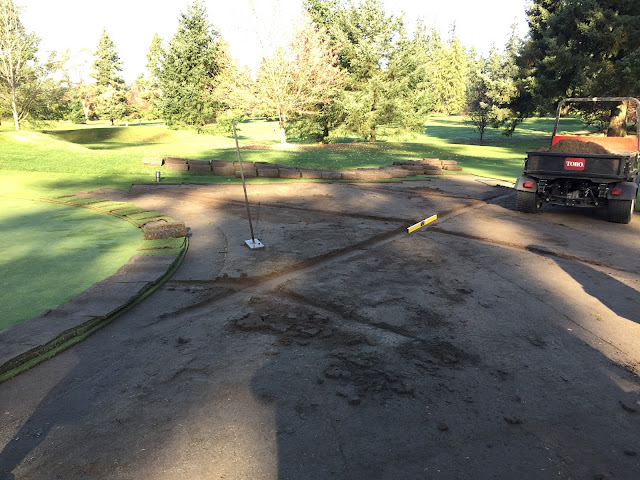 After that we cut some trenches in the area in order to establish the necessary grade which will allow water to run off the front of the green. 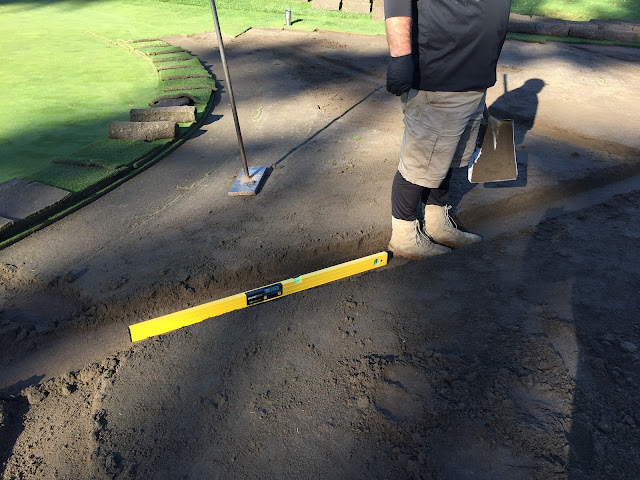 That yellow stick is a "smart level" which tells us the exact grade.  In this case we set the grade at 3% which is more than adequate for moving surface water efficiently.  After cutting the ditch to the desired grade we then removed the surrounding sand making sure to match the grade of the ditch. I took this picture with Brian standing in the ditch to show just how much sand we had to remove.  In the end we removed over 7 yards of sand.  That would weigh about 10 tons.  The last step was putting the sod back and here's how it looks today. 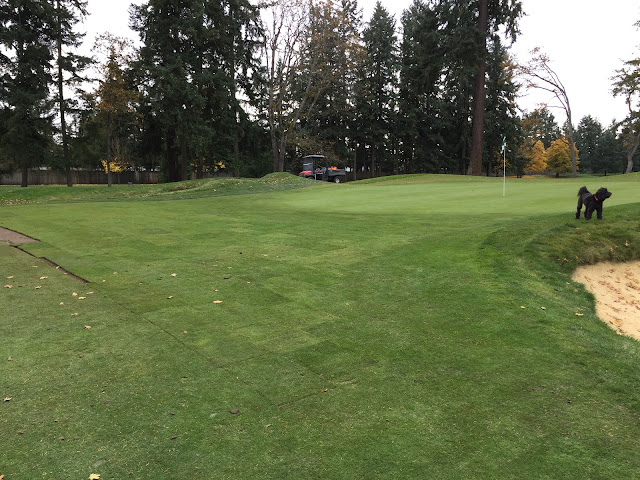 So no more sand dam and no more puddle.  Some of you might be saying "who cares" because you don't play golf during the rainy season, but there's more to it than that since now this area plays as it should year around.  Here's a diagram I made to show you what I'm talking about.  This is a cross section of the approach and putting green showing the sand dam holding back a puddle of water.

Now imagine hitting into the same green but without the sand dam.  This last diagram shows how the approach should look.  You can imagine that whether your ball lands on spot "A", "B", or "C", the reaction of the ball is going to be nearly the same and therefore predictable which is undoubtedly the way the original designer intended.

By the way we also removed the sand dam on #6 and #14 (see pictures below).  When we get the opportunity we're going to work on #5. 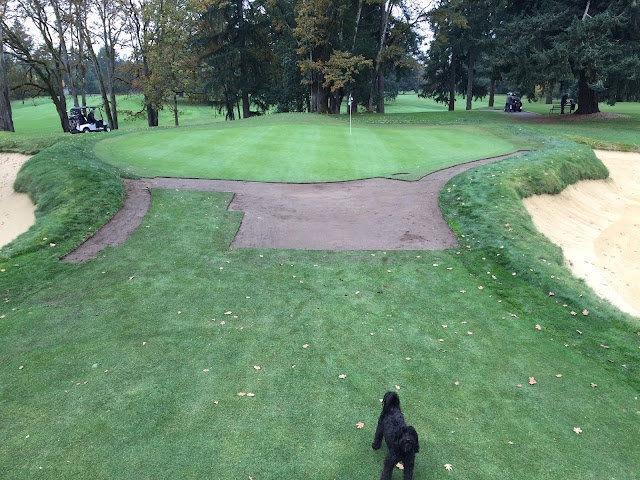 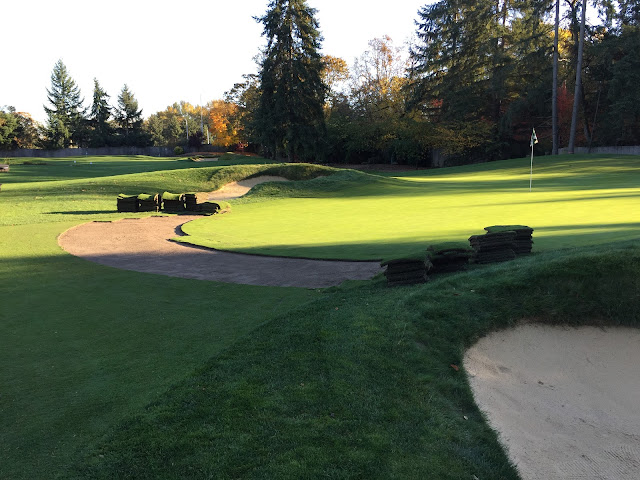