If you've been around the Club at all lately then you undoubtedly noticed the work being done around the main putting green.  What's happening?  Well, as good as the putting green is at Tacoma, we're about to make it much better.  To put it simply, we're adding an area of fine turf around the putter so you can practice putting from off the green.  This sounds easy and it is, but the putter covers about 10,000 square feet so there is a lot sod to move in order to complete this project.  We should be finished in a few days but here is what we've done so far. 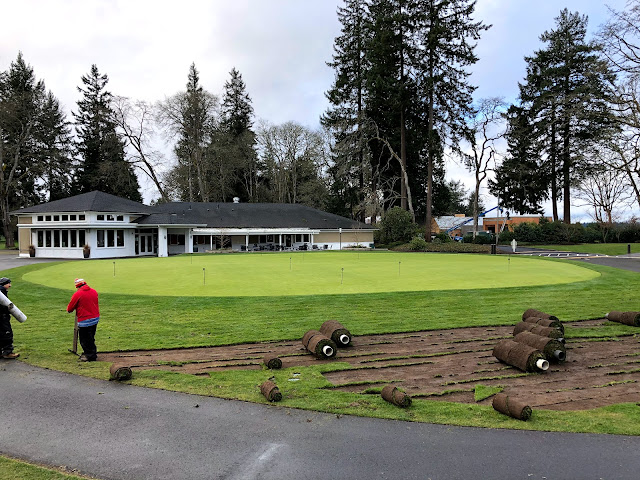 First we removed all the rough from around the putting surface.  That rough sod was then hauled down to #11 and used to make repairs on those areas where we released some native oak trees. 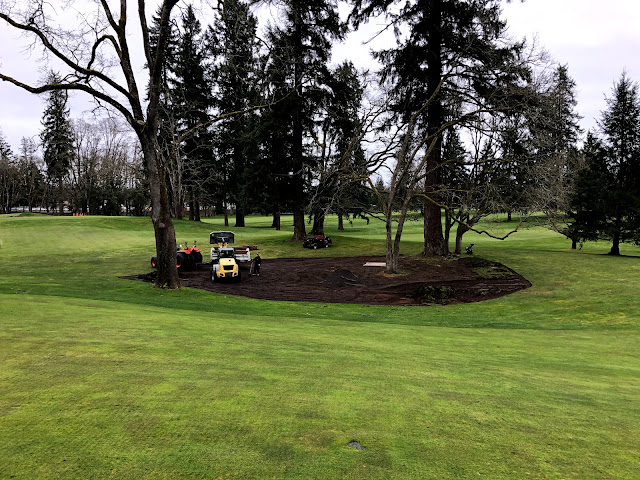 Then we lifted the putting green surface on the north corner where it was really too steep to be usable given today's green speeds. 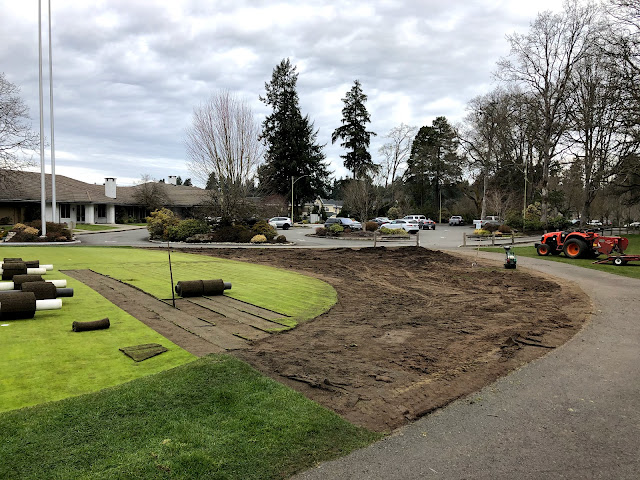 We imported some quality sand to elevate that area, making it less steep and giving us the opportunity to create a feature that resembles something you commonly encounter on the golf course. 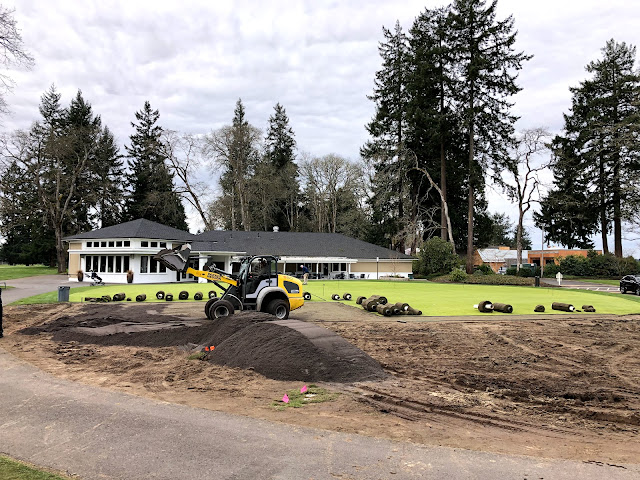 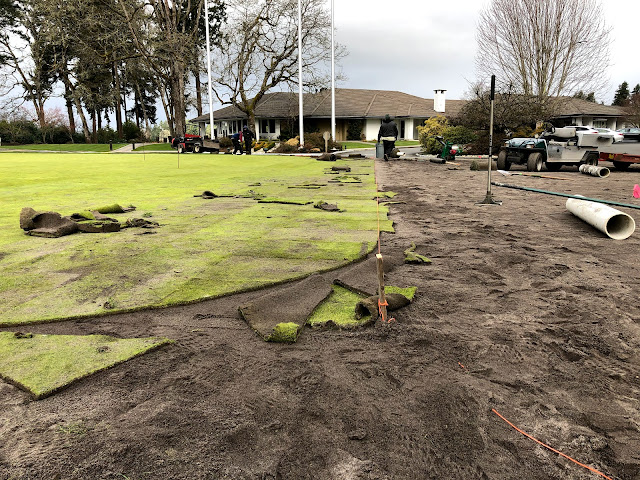 The new feature in front of the putter has a slope of about 18% which is the same as the slope to the right of the second green or to the left of the 8th green. 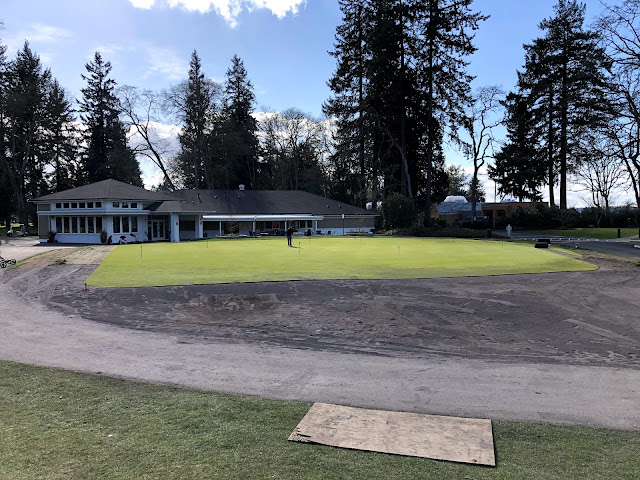 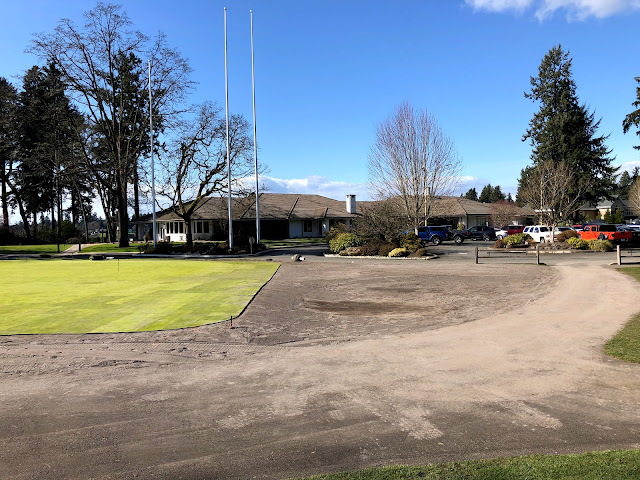 We are currently in the process of installing the new fine turf which is being harvested from the 18th fairway near the forward tee. 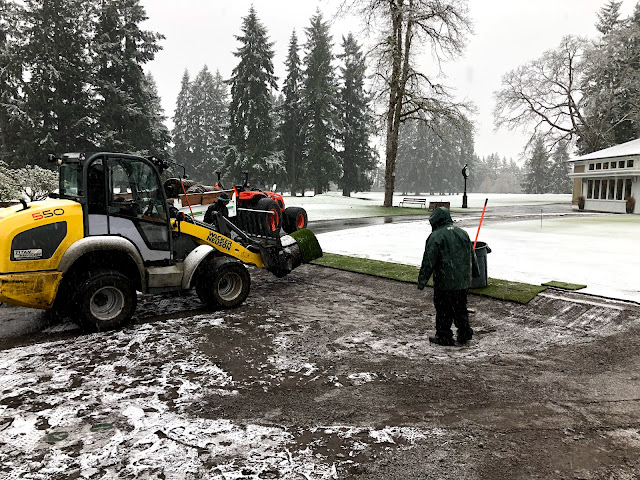 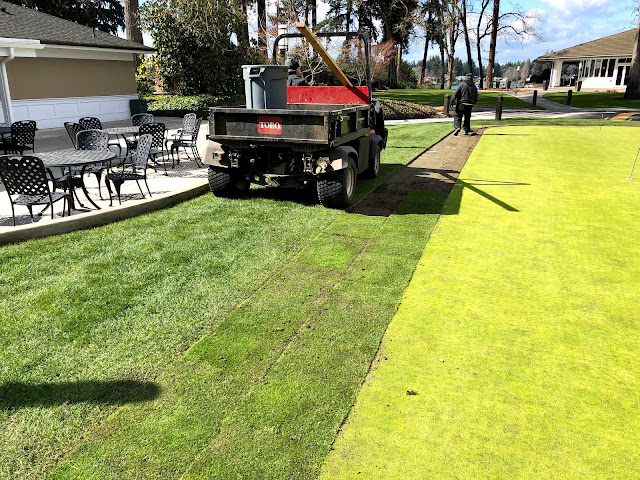 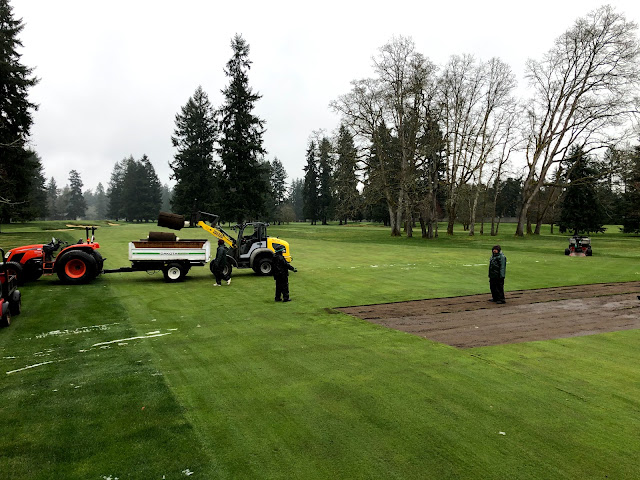 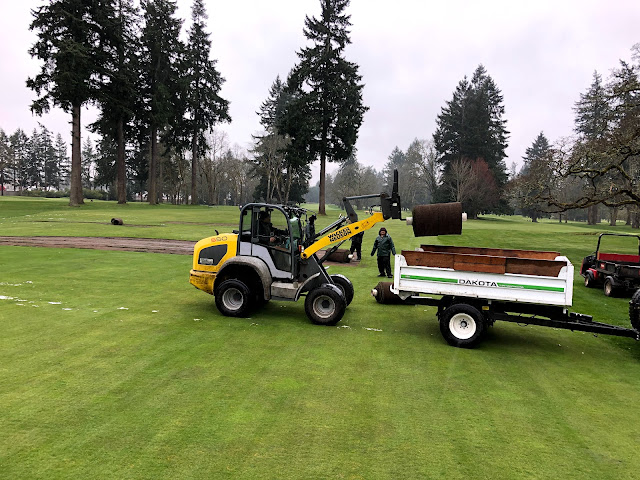 This area will be restored using aerification cores generated during our normal fairway aeration process next month. 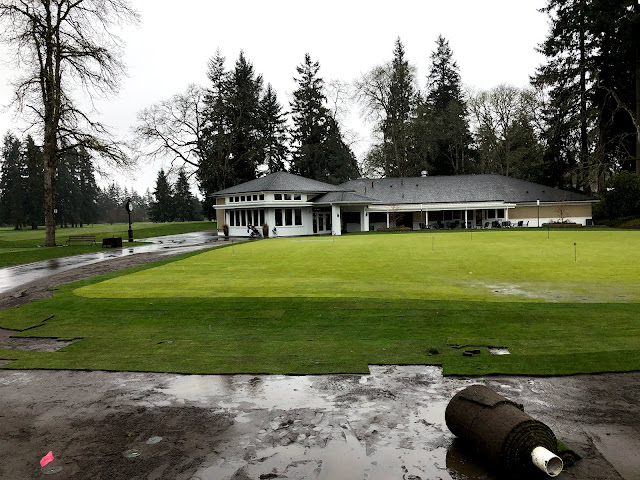 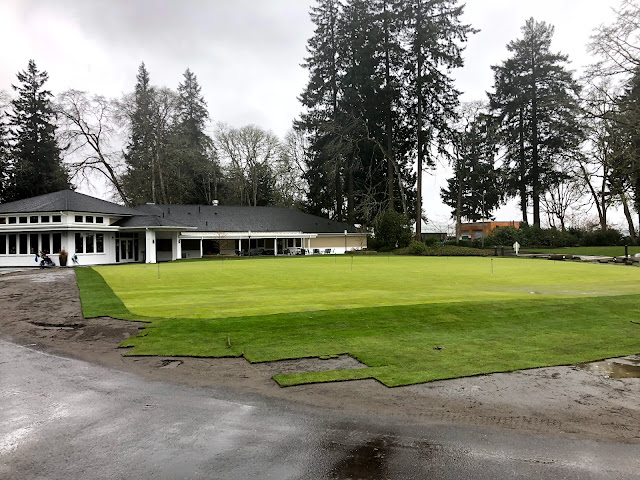 I'm very happy with how it's turning out. The crew is working very hard and I'm always amazed by their level of skill with this type of project.  Lastly, this new putting green space is just that, a place for putting.  It is only going to be great, and stay great if people respect that this green is for putting only.  As always, there is NO CHIPPING allowed at the main putting green.
Posted by Joel Kachmarek at 12:15 AM