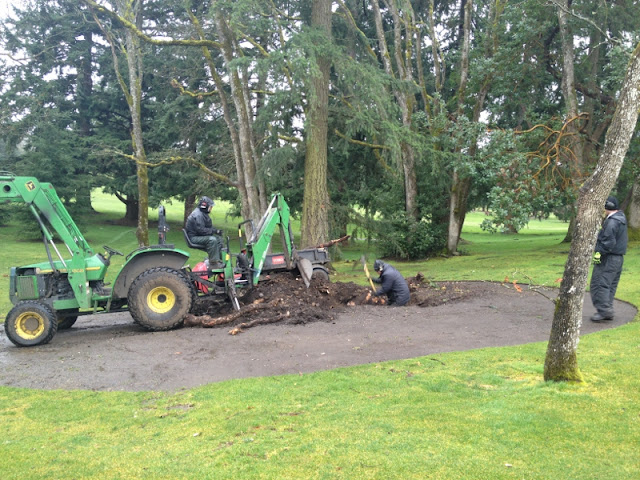 Yesterday the crew was working on the stump behind #6 green.  This was the last one that needed to be removed from the property following the ice storm. 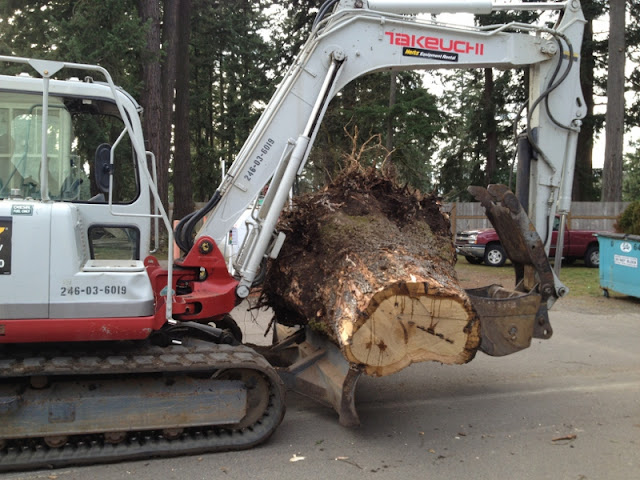 A couple weeks ago we had this excavator on site which made removing some of the stumps a piece of cake. 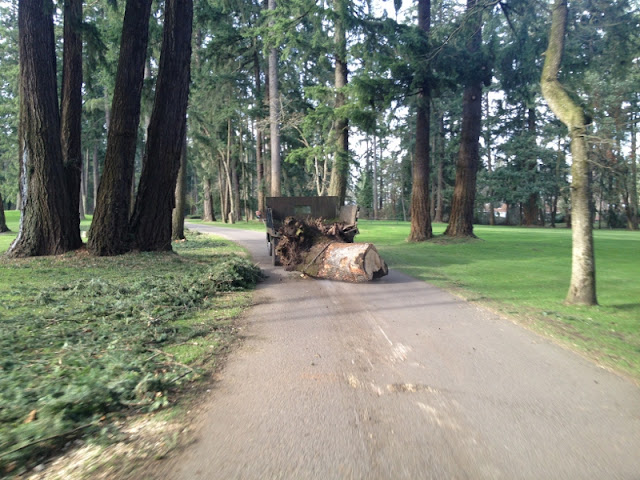 I'll never forget the stump that was too heavy to pick up so we just drug it off site using the old green dump truck. 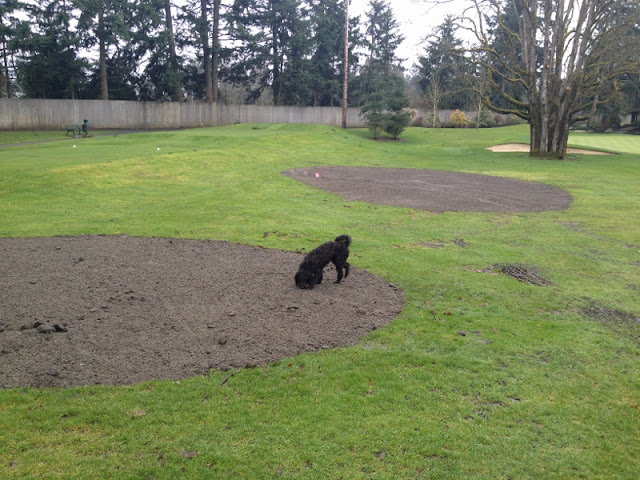 Now we are backfilling the stump areas and preparing them for seed.  As soon as we get some nice weather we're going to aerify something so we can put aerification cores over these areas with some seed.  This is my last blog post about the ice storm specifically as today it is all picked up and just another piece of history.  It took 2800 man hours to clean up the storm aftermath.  All together we lost about 25 trees, 6 of which were significant old oak trees.  The loss of the trees along with the thousands of fir branches that were removed, has left the course with a much more open feel to it.  The bright side is we have a lot more sunlight and air flowing in some areas that will inevitably result in better turf conditions.  I can't wait to see how it looks once all evidence of the storm is gone.  The timing of the storm clean up was perfect as we are only a few weeks from aerification and that is officially the start of the growing season.  It's going to be a great golf season and this soon to be past winter is one that I would like to forget, but won't for some time. 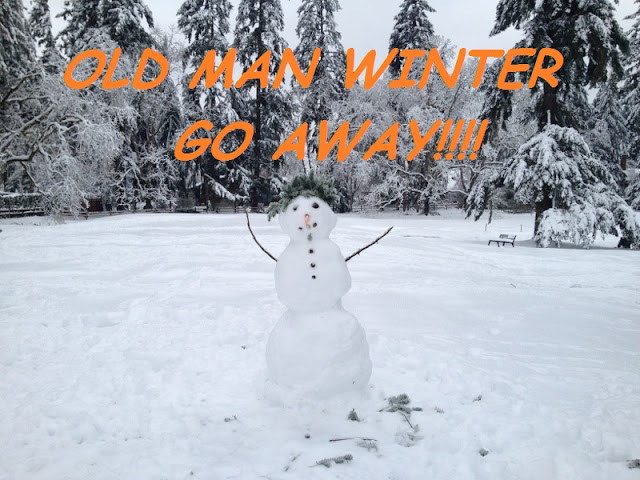 Posted by Joel Kachmarek at 9:18 AM

Email ThisBlogThis!Share to TwitterShare to FacebookShare to Pinterest
Labels: Snowpocalypse