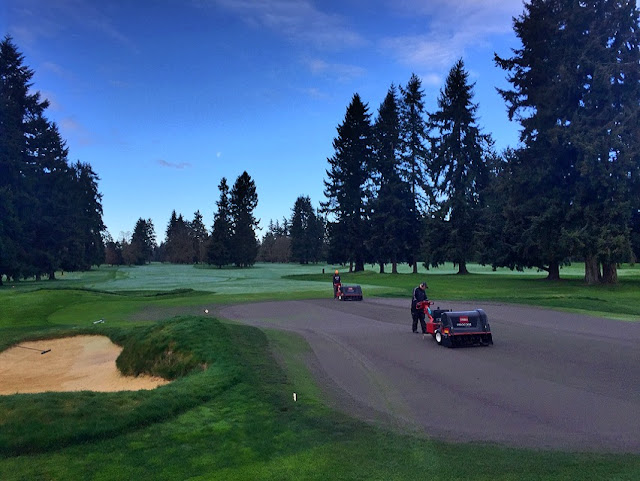 This past winter was one of the wettest ever recorded.  In late March the rains stopped and all of the sudden we were setting different kinds of records.  For example we recently had three days consecutively where the high was over 80F. Apparently that has never happened before during the month of April.  I know it's just a summer teaser but the good weather was overdue and it came at the right time.  We started punching and sanding in March and we worked on that every day without interruption, completing the process in record time.  In addition to ideal aerification conditions, the "summer like" weather has also given us the opportunity to complete a lot of other things which are on the "to do" list.

We've restored many of the areas where trees were removed like this area on 9 tee........
and the area behind 2 green.

We continue to pick away at the restoration of the area at the end of the driving range where we released about 40 native oak trees and recaptured some of the oak savanna. 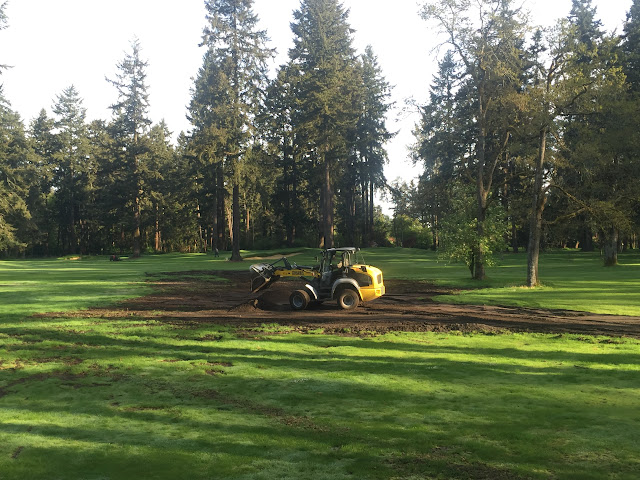 We got the new sprinkler heads on the driving range tee working and since we kinda had a little heat wave, we actually got a chance to use them already.  You can see that we are now able to water one of the range tee decks without interrupting those that are practicing.  It works just as expected and this new improvement in irrigation control is really exciting.  We're going to be able to do a much better job of growing in freshly seeded areas on the practice tee. 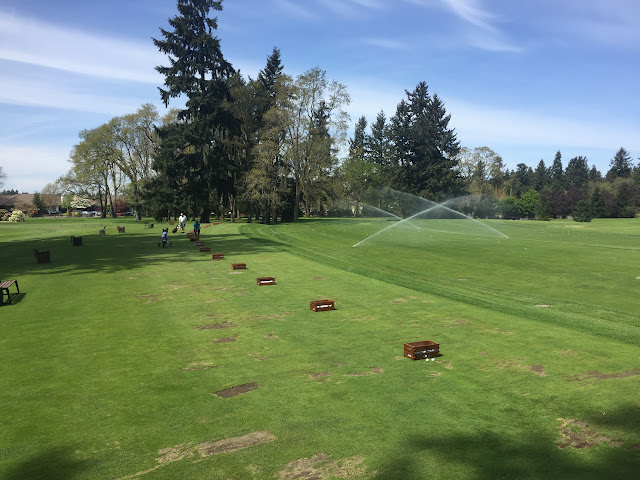 The project of installing a new pond aeration system was a fun challenge and is now complete.  The first step was installing the compressor just outside the fence. 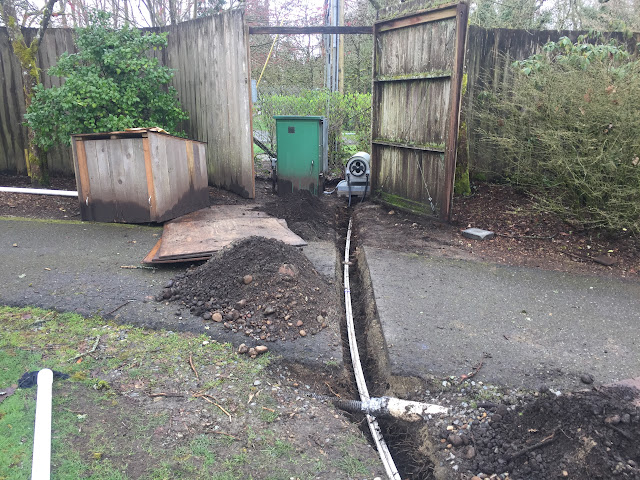 Then we trenched in new pipeline from the compressor to the pond edge.  The new pipeline supplies only air since that is all the system needs to operate. 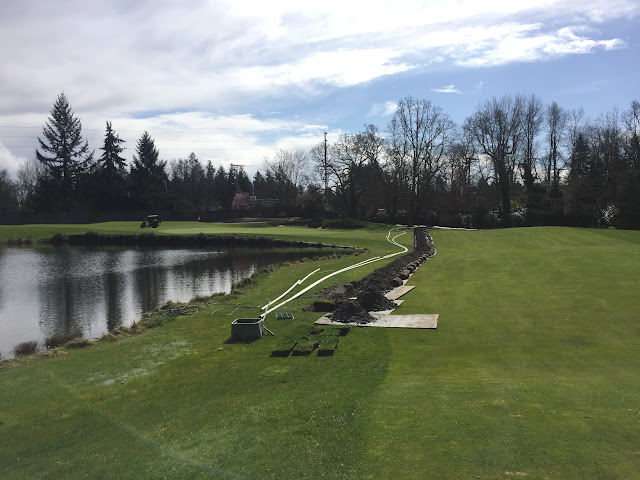 At the pond edge we hooked up the air line to the air hoses which are made of a material that is weighted so it sinks to the bottom of the pond.  As you can see it was nice to do this on one of those hot days we just experienced. 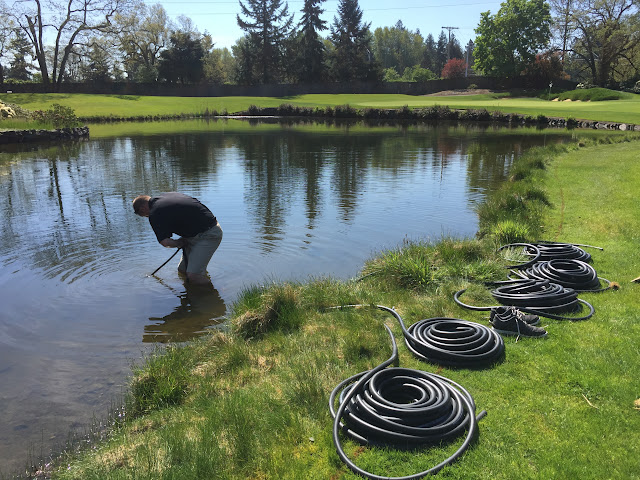 These air lines are attached to these things call diffusers which are positioned in the pond where the water is deepest. 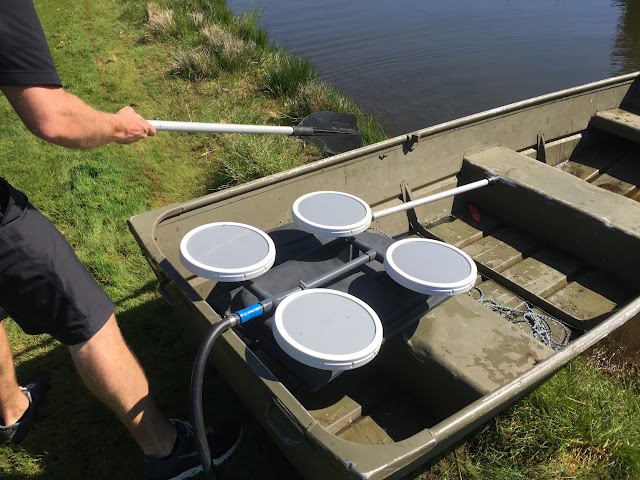 The system designed for the pond requires 4 of these diffusers. 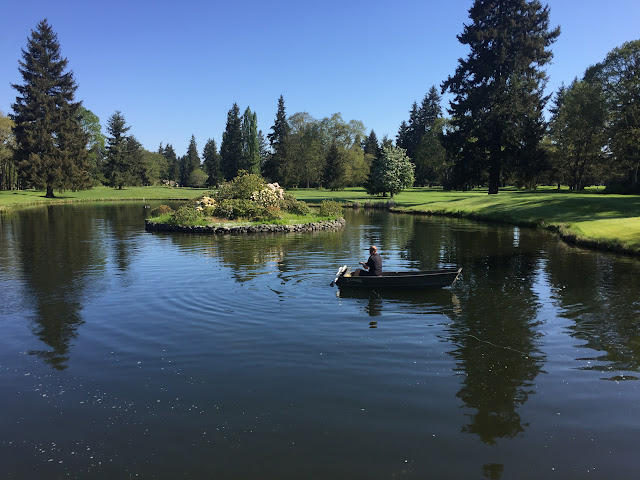 The column of bubbles coming from the diffusers puts oxygen into the water and also creates circulation which turns the water over preventing algae blooms.  So here's how the pond will look from now on. 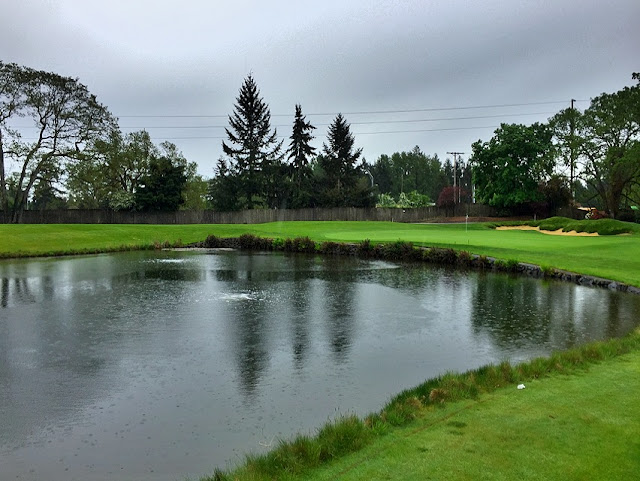 It's a very quiet system and of course looks more natural than the fountains which throw water up into the air.  It is also a much more efficient system using about one third the electricity of the older system.  It's estimated that we will save enough electricity with the new system to pay for itself in 3 years. 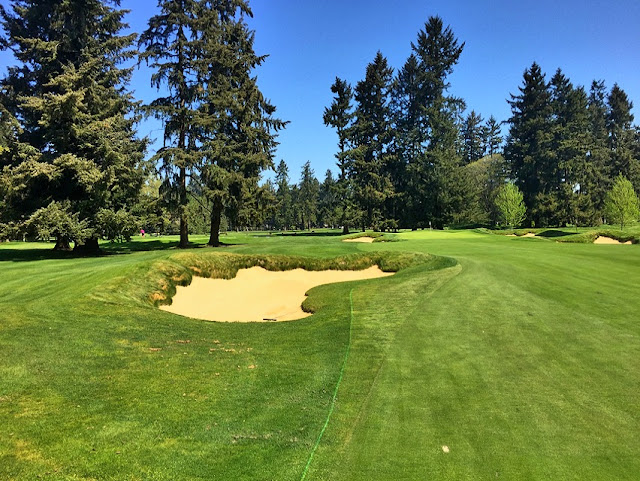 Today the "summer teaser" is gone and temperatures have returned to normal, but that great stretch of weather allowed us to get our "to do list" completed.  The golf season is officially here so it's now just about keeping the place in tournament condition as much as possible.  Now that we have a consistent mowing schedule we can fine tune some mowing lines.  You will be seeing several areas where the fairways are being expanded. 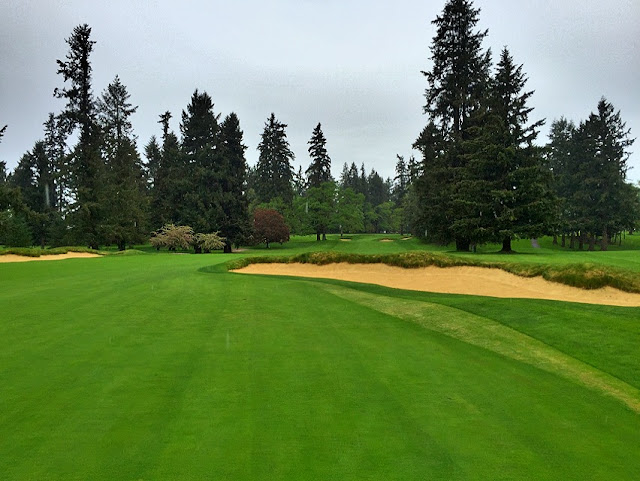 Some of these changes to the fairways are about mowing efficiency and/or aesthetics. Some of these changes are more about golf and bringing the hazards back into play. All mowing lines move around over time and often those changes are subtle and don't require correction.  Never the less, there is always some adjustments that should be made and we always make those changes in the spring when the turf can handle the drastic change in mowing height. 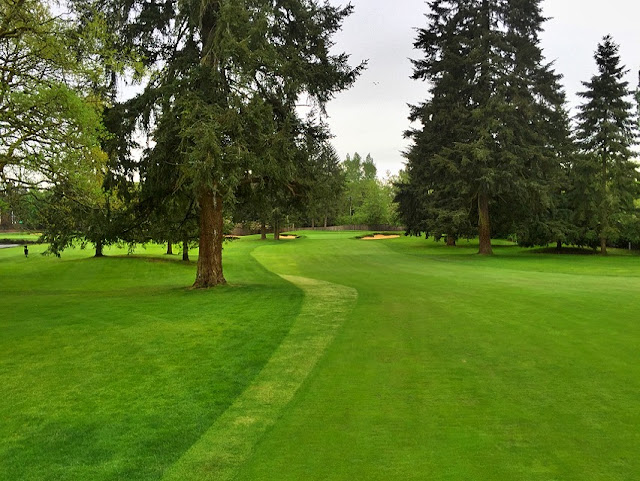